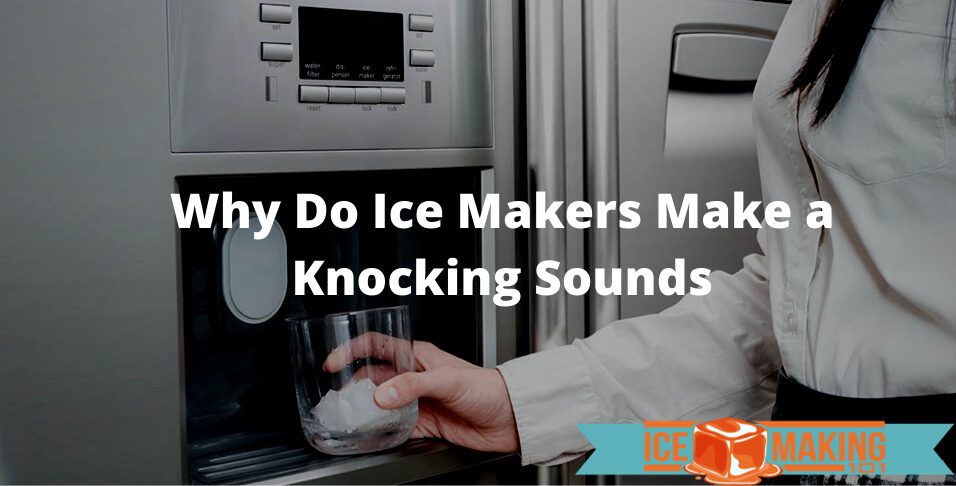 Ice makers make a knocking sound when it is improperly positioned/placed on an uneven surface, when the heating function is not working properly, there’s a problem with the compressor or the water inlet valve, or the level of water is low. Finally, it could be the size of the cubes the user wants the unit to produce. We have described each of the potential reasons in detail down below. 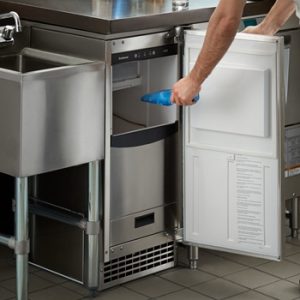 Yes, some ice makers are commonly making sounds. Built-in ice makers, that are capable of storing ice cubes for as long as it is needed, produce various sounds while operating.

Some possible sounds that can be heard might be the speed of the fan, sizzling or buzzing, loud clicks, and gurgling. There are also situations when an ice maker makes knocking sounds that may indicate a problem.

Why Would an Ice Maker Make a Knocking Sound?

When the reservoir of every ice maker is filled with water, the unit submeres the prongs in the water and starts gradually lowering the water temperature and freezing the water. The spikes of the ice maker start warming up simultaneously, which allows the ice to slide down into the tray. When the temperature starts increasing, knocking sounds may start coming out of the machine. They shouldn’t last for more than a minute, but if they do – consider calling a technician.

It’s always important to pay attention to where the ice maker is placed. The unit should be installed and used on an even and stable surface. The ice maker might vibrate while it is producing ice if it is not positioned on a flat surface. If the unit is positioned correctly but the knocking sounds are still present, there could be a different problem with the ice maker.

Most ice makers use compressors – devices responsible for distributing cold air throughout the machine. It isn’t uncommon for a knocking sound to occur when the compressor starts or stops.

The water pump is the part that takes water from the reservoir and transfers it to the freezing components, allowing the unit to produce the cubes. Sometimes, this water pump may be blocked, which will affect the entire process, and thus make that knocking sound.

If the water pump is clogged, remove the water filters and wires to check for any stuck dirt or debris. Mix some lemon juice and vinegar, then scrub the area clogged with debris to re-establish the optimal performance of your ice maker and stop the knocking sounds.

Reason 6 – Size of the Ice Cubes

Some units, whether they’re clear ice makers or simple units allow the user to pick the ice cube size – small or big cubes. Producing large cubes may be challenging for some ice makers, which is why they may start  producing the knocking sounds. The cubes may end up getting stuck and wouldn’t be able to make it to the ice tray. To stop these sounds, set the machine to make smaller ice cubes.

Should You Pay for Reparations? 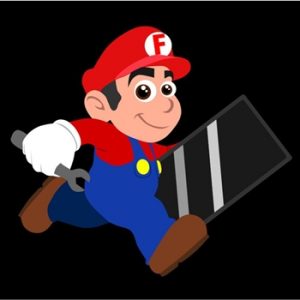 Not all issues listed above require hiring a professional to repair an ice maker. But, it’s important to know which reasons are more concerning than others so you can fix them as soon as possible. Still, a broken water pump and compressor issues require immediate attention and professional service.

Knowing why do ice makers make a knocking sound, you’ll figure it out easily if there is something wrong with your unit and what it is so you can act on it accordingly.