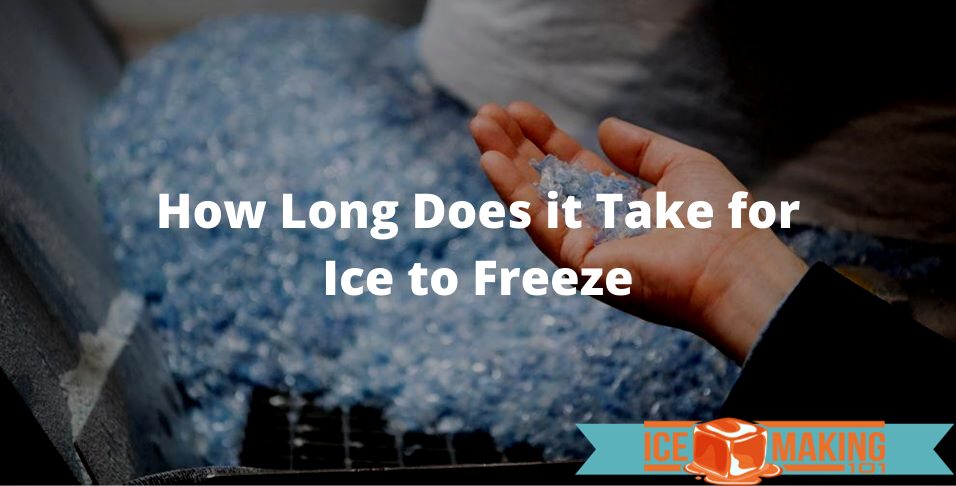 Freezing ice in a 12-cube plastic ice tray filled with room-temperature water in a standard home freezer at a temperature of 0 degrees normally takes 3 to 4 hours. The time to freeze ice depends upon the size of the cube, material of the container, freezer temperature, and the water quality. Opening the freezer habitually can make the inside temperature go up and prolong the freezing time.

How can you make ice freeze faster?

To make ice freeze faster, increase the water surface area to facilitate the contact between the water and the cold air in the freezer. Use ice trays with an empty space between the cubes to achieve the same effect. Alternatively, use ice trays designed to make smaller ice cubes or metal rather than plastic or silicone ice trays. Metal trays have very little insulation (which expedites the freezing process) compared to plastic and silicone trays. A pre-frozen tray or cool ice cube tray helps the liquid cool down and freeze faster while the same applies to using hot instead of hot water. To encourage the water to reorganize into ice crystals, use filtered or distilled water. Impurities in regular tap water slow down the freezing process. For the fastest results, use an ice maker for the fastest ice production. Exposing the water in the metal ice tray to the compressor coils of the ice maker will make the water freeze within 2 hours. 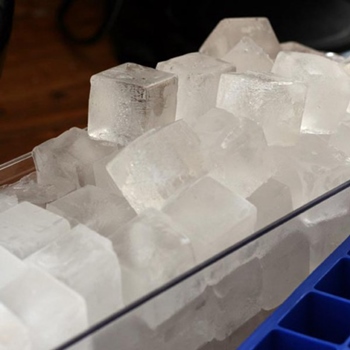 What is Mpemba effect?

The Mpemba effect is a paradoxical phenomenon from the 1960s declaring that hot water freezes faster than cold water. The effect was named by Erasto Mpemba, a Tanzanian high school student, who conducted an experiment to prove this claim. Erasto discovered this phenomenon sometime earlier while trying to prepare ice cream in the fastest way possible. The student noticed hot milk cooled down before chilled milk and reconfirmed the claim by using warm rather than room-temperature water to make ice faster. Aristotle, Rene Descartes, and Francis Bacon spoke about the same effect throughout history.

Hot water freezes quicker than cold water because its overall mass starts decreasing shortly after it comes into contact with cool air. As soon as the water starts evaporating, the freezing process accelerates. Also, warmer water contains less dissolved gas, which significantly reduces its heat-conducting capabilities and promotes faster cooling and freezing. Another reason why cold water freezes at a slower rate is that it forms a frost layer on the top, shortly after coming in contact with cold air. This layer acts as an insulator and prolongs the time needed for the water to turn into ice.

Most often, yes. The majority of ice makers come with trays that have semicircular/rectangular depressions on them that encourage faster ice production. A valve above this tray fills it with water and controls the flow of water into the depressions while a nearby sensor measures the temperature and keeps it about 10 degrees. Some ice maker models have refrigerant coils that chill the ice trays and freeze water faster than ice cube trays.

Yes, they are. Ice maker machines like nugget ice makers come with metal ice trays, proven to be more efficient at freezing ice. Metal trays are connected to compressor coils that further direct refrigerant precisely onto the tray. Ice crystals instantly start forming and ice builds up in a matter of minutes.