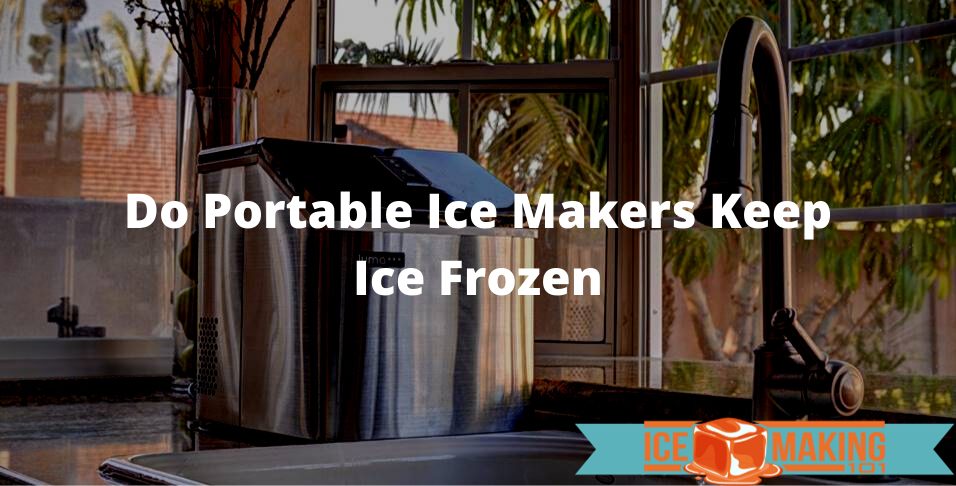 Portable ice makers can keep ice frozen, although not as long as built-in ice makers do. Once a new batch of ice is produced and ejected into the bin, it will start melting away almost immediately when it is left to sit in the bin. However, since portable ice makers are well insulated, the melting process may last for a couple of hours. If the ice is not used by then, it will turn into water, get back into the water reservoir, and get frozen again. 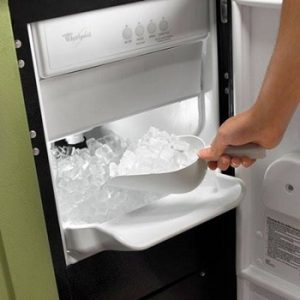 Contents show
Why Can’t the Unit Keep Ice Frozen?
What to Do Since Ice Doesn’t Stay Frozen?
What Can Happen If Ice Is Left in the Ice Maker?
Is It Okay to Leave the Ice Maker to Run Continuously?
How Long Does It Take Until Ice Is Being Made?
Can You Make the Unit Produce Ice Faster?
Final Thoughts

A portable ice maker can’t keep ice frozen because it is not a freezer and the ice made with it is meant for immediate use. Therefore, it is normal for the ice to melt after a while. Built-in ice makers can keep the ice in a solid state for as long as needed because they come with dedicated refrigeration sections (while portable ice makers don’t).

What to Do Since Ice Doesn’t Stay Frozen?

Use it as soon as possible after it is produced or within the next couple of hours. Alternatively, keep some ice for future use by putting it into a freezer bag and storing it in the freezer.  Do not the ice close to the meat or anything with a strong smell.

What Can Happen If Ice Is Left in the Ice Maker?

Leaving the ice in the ice maker for too long will make it gradually melt and clump together, until it melts completely. This ice can be used as crushed ice while it is still kind of frozen. Place a cloth on an even surface, take the ice out on this surface, and start hitting it with a rolling pin or a mallet to make crushed ice.

Is It Okay to Leave the Ice Maker to Run Continuously?

It is not okay to leave a portable ice maker to run continuously for hours or days. Portable ice makers take about 10 minutes to produce a batch of ice, after which they should be turned off.

How Long Does It Take Until Ice Is Being Made? 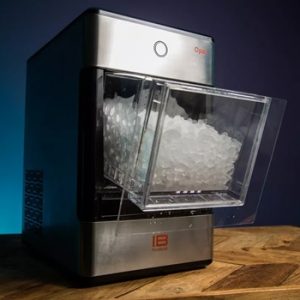 An average countertop ice maker takes 10 minutes to make ice, although there are units that take 6 to 7 minutes to produce a batch. These units produce ice way quicker than freezers that take hours to make 13 ice cubes.

Can You Make the Unit Produce Ice Faster?

You can make an ice maker produce ice much faster if it’s a built-in unit because it allows the user to set the desired temperature. Portable units don’t come with adjustable temperature settings so the user can’t influence the time and speed the unit uses to make ice.